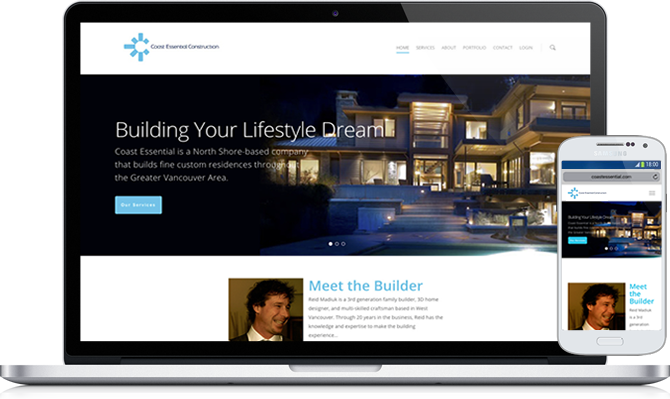 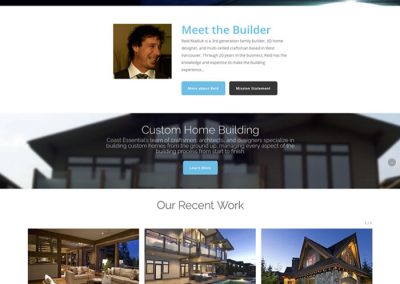 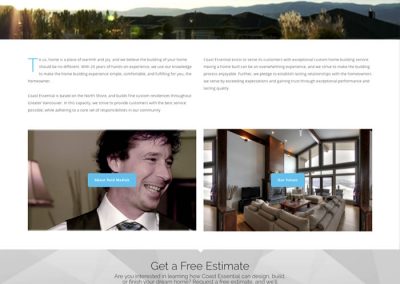 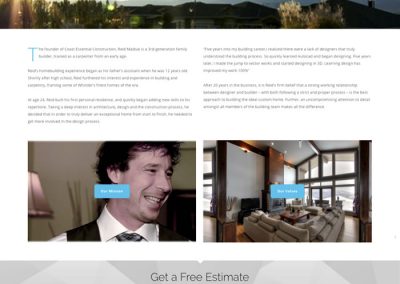 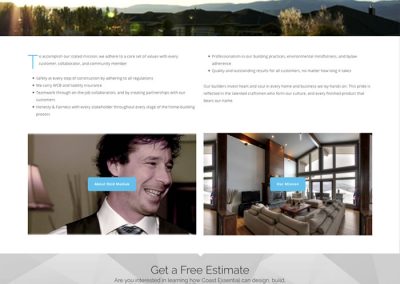 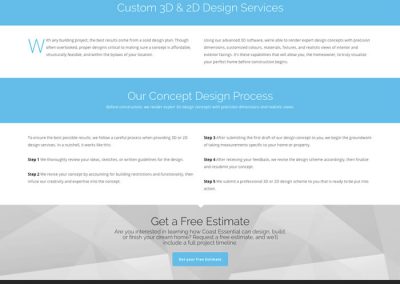 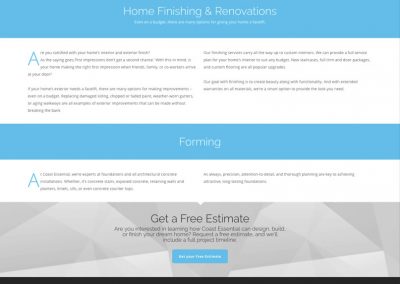 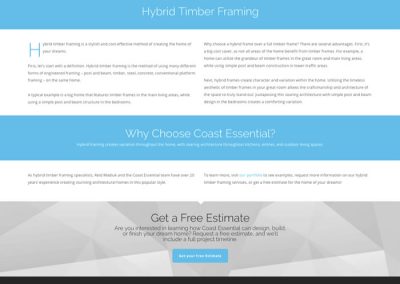 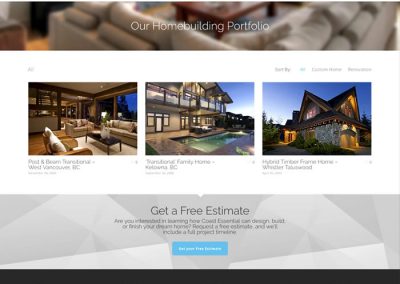 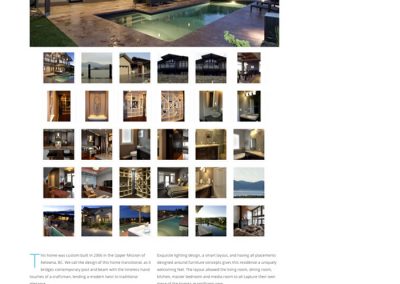 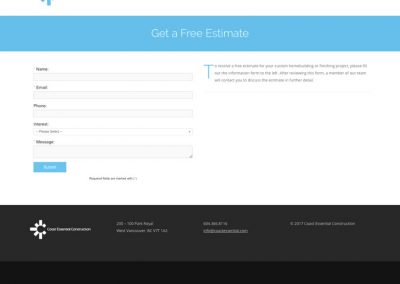 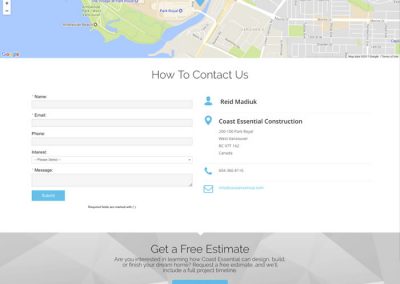 When I was contacted regarding this site, the hosting company had given Coast Essential a few days to address a “malware issue”, or they were taking the site offline. They including links to purchase a security package, for about $300.00/yr., with a “partner” company. I ran five different malware scanning solutions on the site, and it came up clean, so I suspected it was an effort to grab more money: “buy this package or we’ll take down your site.”

There was also a legitimate issue with the site. The security had been compromised because the theme software had not been updated for over 3 years. I made full file system and database backups, and then updated the theme and plugin software. The pages went blank. The only remaining parts of the site were the header and footer, and I realized why the software had never been updated. The original developers favoured Advanced Custom Fields to the page builder software that shipped with the theme. To accommodate ACF, they had extensively modified the theme’s files and added quite a few additional template files of their own. It would be impossible to update the software because the updated files would overwrite all of the original code hacks.

The quick fix to the hosting company’s demands were to move the site temporarily to my developer hosting space. (No malware issues were flagged there… haha.) Even though most of the content had been restored, we were sitting ducks if we couldn’t update the theme software. It wasn’t going to be practical to re-code the theme, just so Advanced Custom Fields could be used going forward. We needed to do a quick rebuild, one that would enable all future software updates to be completed, with no further issues.

The client liked the look and feel of the existing site, and there had been updates made to the site’s code to integrate it with BuilderTrend. The most economical and straight forward approach appeared to be a quick rebuild of all of the layouts and pages, in the Visual Composer page builder that shipped with the theme, instead of ACF.

This, therefore, was a technology rebuild, not a re-design. The site looks just like it did before, even if core software has been replaced, and every layout had to be reconstructed. Since the launch, another update was released by the theme supplier, and I was able to simply click the update links to update the child theme, theme and page builder. That’s the way things are supposed to work. 🙂

With most projects, the website is part of an SEO / content marketing strategy. That was not the case in this project.