The Negative Side Effects of Long-Term Exposure to Flat Design 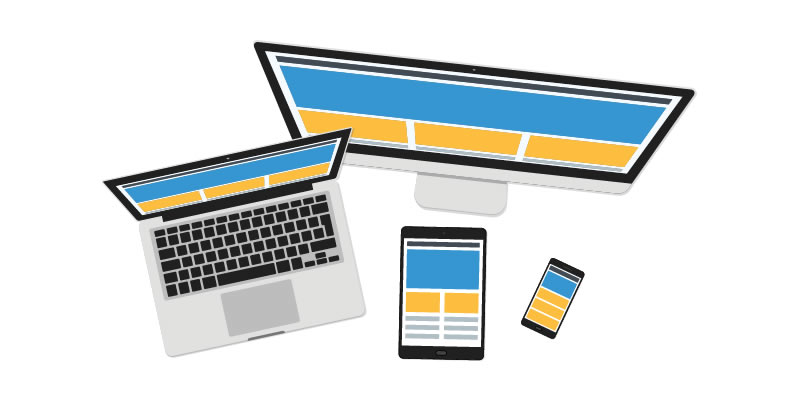 Flat design has dominated the digital landscape for far too long, and its negative long-term side effects can’t be ignored any longer.

Ask any marketer or designer, and they’ll likely agree that simplicity speaks the loudest in digital concepts. Cutting website clutter, boosting readability, and minimizing on-page elements to let core messages shine through has been THE design goal for the past few years.

However, we’ve now reached a point where ‘less is more’ doesn’t quite have the same meaning it used to. As designers continued to chip away at unnecessary or inefficient visuals and scale down interfaces, they also stripped away one of the action-inducing components that are critical to conversions — obvious clickability.

As a result, businesses are now bringing back some depth and dimension to their websites. But is the damage already done?

The Good, the Bad, and the Outright Destructiveness of Flat Design

If you’re not familiar with flat design, that might be because you’ve likely seen it everywhere and it no longer stands out to you as significant. In simple terms, flat design is the minimalist design storm that uses no 3-D elements or realistic visuals. This completely flattened look has led website users to experience “click uncertainty,” or not knowing which elements are clickable.

But before we start wagging our finger at the designers who enabled this trend, let’s first acknowledge that flat design did serve a fairly solid purpose in the beginning.

It stands to reason that the less someone has to look at, the more the other elements stand out. Such was the concept believed to be behind flat design.

Some blame Microsoft’s release of Windows 8 for initializing the trend. The new OS offered a sleek, clean interface never experienced before. It seemed to be met with enthusiastic response, perhaps mostly due to the fact that was shiny and new.

For many, that shine has finally faded, but its effects haven’t been so lucky.

Once people got over the initial awe of the latest and greatest in web design, they started realizing new and innovated isn’t always functional.

The biggest things that flat design took away were the obvious signifiers of clickable elements.

Back in the 1990s, clicking a button online looked like an actual button that moved when clicked. In many cases, that button remained in pressed form until you clicked a different button. You knew you could click that button because it looked like a button.

In the 2000s, clunky buttons weren’t the rage, but bullets, lengthy menus, and obvious calls-to-action were. Every website seemed to be laid out similarly, with left-side and top navigation menus and footer text.

Even as early as a few years ago, designers used contrasting colors to display search bars or text fields in forms, or underlined text to signify links.

All of these elements are often referred to as strong signifiers. That is, there’s a strong possibility that clicking one of these items will result in a desired action.

Flat design robbed us of this ease. Strong signifiers have been replaced with weak or nonexistent ones, now forcing website users to guess on clickable items or spend time browsing page after page to find a navigable route. Website components once considered signifiers sometimes (but not always) exist for aesthetics over function, giving users no real indication of what lies beyond the click, if anything.

This has created nothing short of a Schrodinger’s Cat scenario of clickable elements, and users are doing more work than necessary to get the most out of their experience.

You can imagine the implications right now. Fewer clicks on a website likely mean that many users aren’t getting what they came for, which doesn’t bode well for a business’s profits.

In addition, it doesn’t do anything for your website analytics. Companies reliant on analytics data may be sorely disappointed to find that many of their metrics may be skewed. Users may click experimentally to find their way, or may even get distracted enough from their initial goals they leave a website with zero gain.

This is the true devastation of flat design, but what’s surprising is that many businesses using flattened websites may not realize that their lack of design is to blame.

In recent years, there’s been a noticeable push in the direction of boosting UX. As things once considered competitive advantages start evolving into par-for-the-course practices, companies are now relying on users experience to stand out.

As businesses are revamping their websites for better UX, designers are discovering that flat design is a key culprit that makes improving UX a necessity.

Flat Design 2.0 – The Hero We All Need and Deserve

Truth be told, we gave it a good effort. We tried to adapt. Flat design just wasn’t meant to be—at least in its original glory.

Flat Design 2.0 is making a splash, helping to rectify some of its predecessor’s disasters while maintaining a mostly clean user interface. Flat design 2.0 is still mostly flat, but adds in shadows, layers, or other dimensional elements to create some depth. For the most part, this new flat style remains mostly flat, with 3-D elements appearing in small nuances.

If you need a visual example of flat design 2.0, look no further than Dropbox, Cybeer Bar, or Google’s very own Santa Tracker. They’ve each retained their simple, minimalistic stylings, but offer shading and depth to add realism and make sure you know what’s what.

The original flat design seems to be on the way out, and we’re all excited to watch it go. However, just because 2.0 is taking over doesn’t necessarily mean it’s the right move for your brand.

You should never sacrifice usability for the sake of staying on trend, no matter how much you like the look of it. What’s important is that your users get the best possible experience.

The whole purpose of leverage a flat design was to get rid of extraneous details that didn’t matter so your user could enjoy an uninterrupted experience. It’s up to you to make sure that’s precisely what you’re delivering, regardless of what design trend you use.

Alli Hill is a freelance writer for NoStop Blog Writing Service, helping clients grow their business through SEO and digital marketing. When she’s not at the keyboard, Alli enjoys exploring new places with her two toddlers and experimenting in the kitchen.

This site uses Akismet to reduce spam. Learn how your comment data is processed.