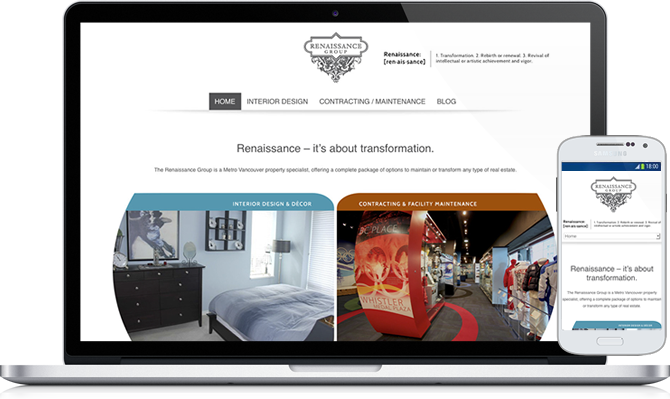 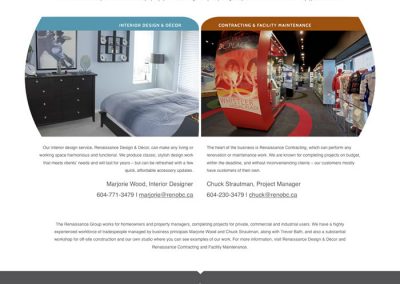 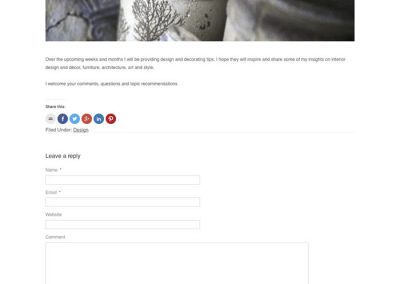 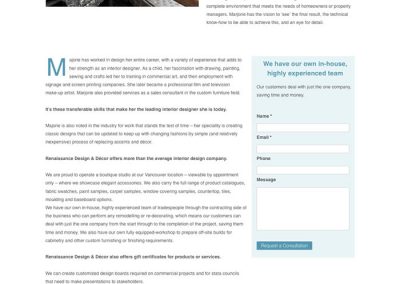 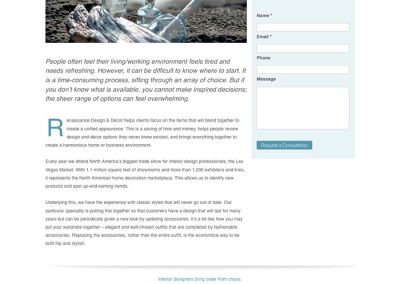 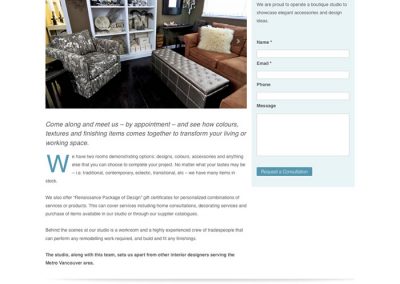 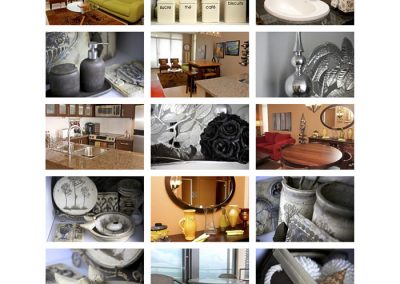 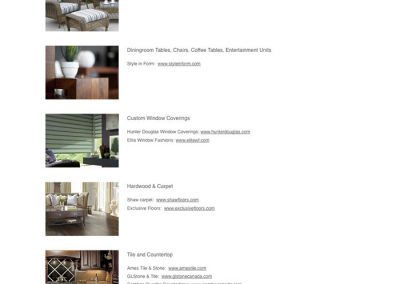 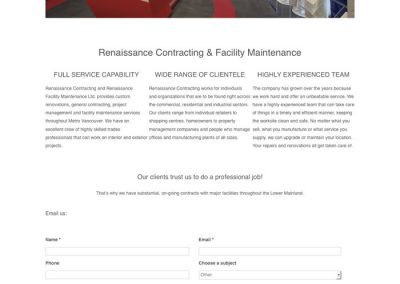 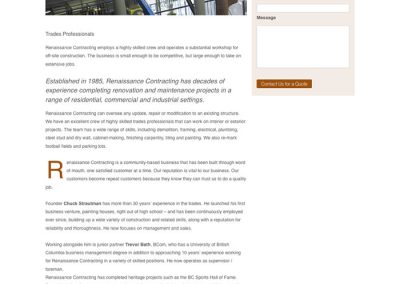 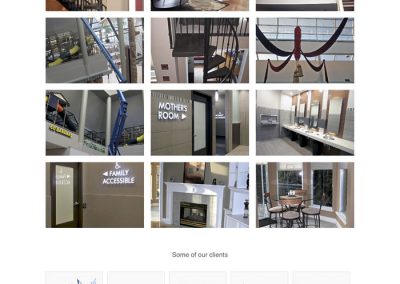 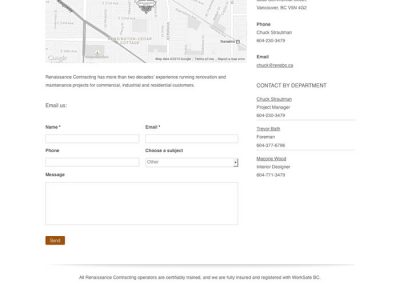 This became primarily a Mobilegeddon responsive website rebuild, to get the site ready for Google’s April 21, 2015 mobile-friendly algorithm release. The website had never been completed by the previous designer, and they were looking for a developer to finish it. Renaissance Group quickly agreed that, with Google’s announcement that they would factor responsive design into their search engine rankings, the site should be fully responsive to all computers and mobile devices. They really liked the design of the partially completed website, so I recreated the original vision nearly pixel for pixel.

As we planned the responsive rebuild, it quickly became apparent that there were three websites: a core/welcome site, an interior design & décor site, and a contracting site. The project was a good candidate for a WordPress multisite build.